It's such a typical coming-of-age question, and it probably burdened me at some point. But despite having grown out of that phase of life (gratefully) I realize that I'm still lacking a good answer. The question looks so simple and straightforward, but as it becomes rephrased to attempt to be answered, it morphs into:

1) what defines a person 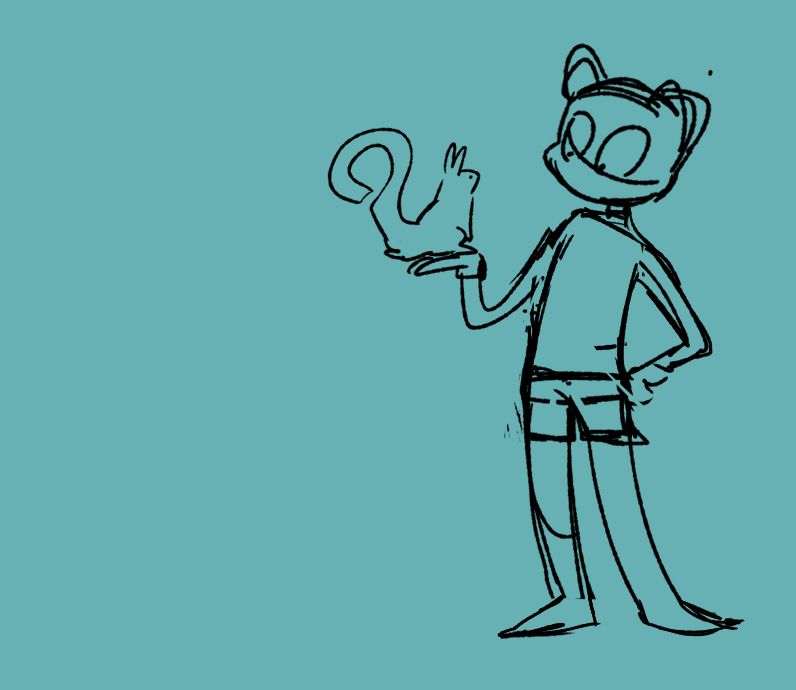 which branches out to:

2) what are the essentials to defining a person, and 3) what cumulatively would completely define a person without resulting in a white lie (deliberately or unintendedly) 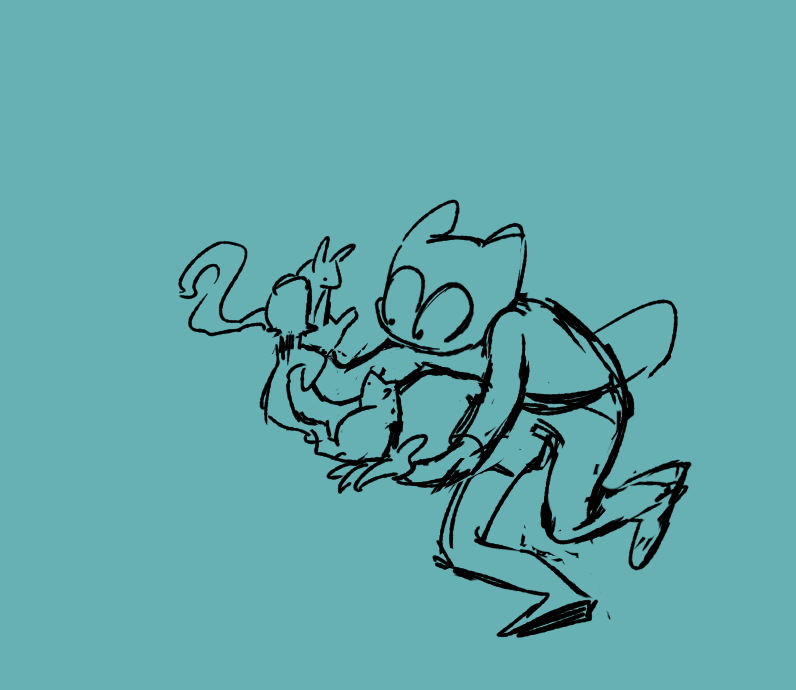 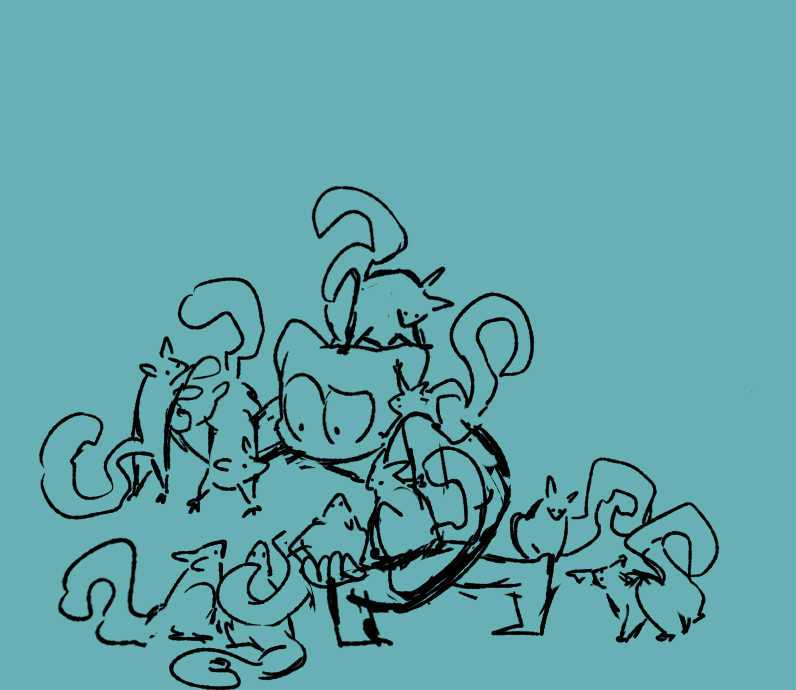 This is exactly like solving a math equation, where it gets longer and longer as you add stuff to figure out what you can figure out, except for this question, well, I've had no luck getting it to boil down to a nice little x=5.

And that is the sign (if you haven’t figured it out before) that this is going to be a sit-comfy-and-scroll sort of read. And if you don’t have time for a virtual coffee (or tea) sort of experience, or would really rather not, then you can skip right ahead to the abbreviated version, the portfolio page or even the CV. I promise, I won’t judge.

You good? Great! I’ll hop right back to it then.

Where was I? Introductions. Right.

So, I was thinking, maybe I just started this wrong. Surely, it's not so hard to write up a simple “who’s the owner here” page; everyone does it! It's like... driving a car. It seems terrifying and impossible that one could manipulate this terrifying machine to cruise at the max speed of a cheetah, surrounded by a horde of cousins stampeding just like it. But your neighbor's sixteen-year-old kid can do it. And is doing it. It seems ridiculously impossible but is actually perfectly logical and manageable.

Right? (I don't have a driver's license.)

So there. Now, I should start.

Here’s a thought—why don’t we start with a name? Get traditional. (If it’s not too late already.)

Here you will see that I call myself Diane Catsburrow Linnet. I gave myself that name (and the domain of this website) when I was a small bushy-tailed kitten who wanted to become a Newbery novelist, and it seemed smart to get a pen name. And to this day, where I am neither bushy-tailed nor a minor—didn’t gain much in height, regrettably—I’ve kept the same domain because it’s a good domain. 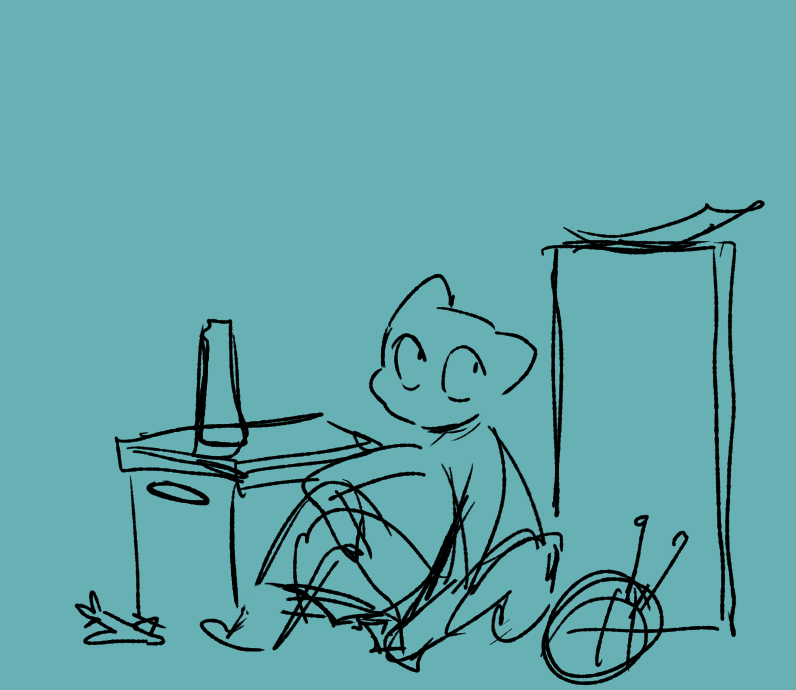 It also explains my existence: I love cats and I spend my hours burrowed in all the stuff I begin. I am also allergic to them (cats, not projects) and therefore the ways I can get involved with actual felines is quite limited. As in, I don’t have a cat. And you won’t find adorable cat photos here. Sorry.

Instead I have cat drawings (sort of) as I’ve taken the animal as my persona. You will find it scattered across this site, but most dependably in the catchat42 corner. In catchat42 you will find an illustrated journal of sorts, where I try to make sense of my life. I hope you’ll check it out, but I’m not going to give you the link yet because I have more stuff here that I’m hoping you’ll read.

This should a good moment to put in some action items, I think! I am the author of Abigail’s Flight and other stories , and the writer and publisher of Catsburrow, a literary magazine for three years. Delivering a magazine to the printing place every two months was certainly a lot of... everything, and when you’re the only writer and illustrator for it, well, so much for writer’s block!

I had a great time with it, honestly, but I did put a pause to independent projects when I entered Dickinson College (Carlisle, PA) to study English Language and Literature. Hopes were that I’d gain a better understanding of what I did, and see how other people did it before me. But then I somehow switched gears midway and majored in Studio Art. English and Creative Writing had to perch on the side as minors and watch me make oil paintings. And then, those oil paintings had to sit and watch as I waltzed off to pursue an MFA in animation.

How did that happen? Good question!

Well, first of all, I should explain that I am nomadic by nature. I defined “lived” as “stayed reliably in one place long enough to have an address and receive mail.” Some of the places I’ve lived in are British Columbia, Pennsylvania, Rome, Michigan, then “outside Los Angeles”, then Seoul, then, most recently, New York (state). I like to lament about my longing to have a permanent address, and how far I still seem to be at acquiring it, but have only myself to blame—when I’ve lived in a place for a while, I start to get antsy. Increasingly antsy. Then some excuse to go someplace else magically pops up, but probably only because I’d prayed for it every night to the moon. As a result, I am currently on my 8th zip code.

As restless as I often am, I wouldn’t call myself a traveler so much. I’m surprisingly hard to be convinced into sightseeing; traveling often consists of pretending I live there—as in, spending most of my time on long walks on random streets between places that stand out to me on the map. Most often art stores, yarn shops, and coffee places that have books. (Not that I drink coffee.)

I think a lot about place.

You’ll read more about the things that intrigue me day and night, as those inevitably take over and claim the art I make and the stories I build, and thus I am required to talk about them in my artist’s (and writer’s) statements. And there are separate pages dedicated for those topics.

For now, I’ll just say that I revel in the fact that we seem to have no given purpose in life—and thus, we are free to do what we love to our heart’s desires, explore what draws us and find home in what keeps us asking, and devote our hours on such pursuits for the duration of life that is given to us.

My omnivorous curiosity has me writing, drawing, animating, painting, making posters, designing books, coding websites, crocheting, learning swing dance, and so on. I no longer keep a list of hobbies, as my interests either fade (in which case I wouldn’t call it anything of mine) or develop until it becomes some sort of serious investment or ambition, rather than leisure spendings, and I don’t know where each thing falls anymore.

But all that seem to come together in that everything I do can be simplified into two simple steps that repeat: I contemplate what I see and add to it with my hands.

So that's me for now. I could go on, but you can write "I" only so many times before you start to feel self-absorbed, so I'd really much rather go do something else. But I do hope you'll stick around and explore the things I have strewn across this site!